Parents always deny trying and underestimate their children; Indifference to your child's feelings and high expectations can easily push children into depression.

Article by psychologist An Ca (China).

Not long ago, a video on the social network Weibo (China) attracted the attention of more than 300 million people. In the video, a girl surnamed Ma states that she has struggled with depression for the past seven years, wanting to commit suicide several times. But when she told her mother, she replied: "Have you always been like that, how many years have you been? I still showed myself different, I refused to give myself up and forced anyone to take over". Ma told slowly, finished laughing desperately.

"Can not imagine when children are depressed but parents do not know anything, even blame them for pretending or hypocrisy", many readers left comments under Ma's video. 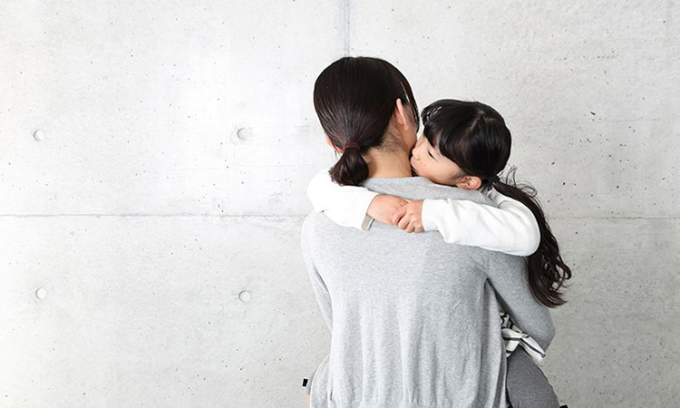 The cause of depression in children can come from the family. Illustration.

In 2012, a research group conducted a survey on depression of nearly 3,000 teenagers aged 10-25 in China. As a result, 1 out of 5 children suffer from depression. Psychologically, depression stems from external attacks that make children always have low self-esteem, even hate themselves. These repressed emotions and anger are not revealed, children endure themselves, alone in the very place called home.

There are 3 types of families below that are most likely to make children depressed.

A psychiatrist in Beijing told a story: "A child with depression went to a re-examination. While waiting for the doctor, the boy opened a book to read, when he returned to the doctor, he complimented: 'I'm really working hard.' the boy replied immediately: 'Hard work, just pretend' ".

The doctor said that even if the child's psychology is not normal, the parents cannot use this ironic way to communicate with the child. The doctor makes great efforts to heal the child's psychology, but only because of the mother's words that all efforts dissipate. "Many parents really do not know why children are depressed, do not understand why a child asks for death. Parents who love their children wholeheartedly can be the one who hurts children the most," said the doctor.

Recently, on the Chinese social network, a person told his story: "When I was a child, when I was accidentally hit by a car on the way to school, I would be scolded for being slow, not knowing an accident to avoid. My classmates will take money, my parents will blame me for being dishonest, indiscriminately spending money and lying. Being beaten, swollen forehead but the person being scolded is still me Why I don't bully others but my parents kept bullying me? ".

With children, the parents' assessment is how they perceive their own values. When encountering difficulties, parents blame their children, if they fail, children will be ridiculed by their parents, their confidence is gradually worn away, their self-esteem is knocked down and eventually falls into darkness.

Parents are indifferent to their children's feelings

The vice principal of Beijing 55 Middle School, Li Mong Le, once told the story that happened at this school. A student in grade 7 with excellent academic performance for many years suddenly his results decreased for unknown reasons. The boy repeatedly told his teacher: "I don't want to live anymore because life is meaningless". Parents are invited to reflect, hearing this, the mother says: "No need to worry. That's just the reason why I don't want to go to school." But after the teacher was sent to the hospital, the doctors said that the student's mental illness was very serious.

"Many parents find it difficult to admit the bad feelings their child has suffered. In the face of their child, they are indifferent, even claiming that negative emotions are due to their child's fault and not accepting love. The real feeling of the children, "Ms. Li said.

"Why cry, tears can't solve the problem?"; "What to be afraid of, see what their friends are doing there" is a sentence the depressed kids often hear from their parents.

In a parent-child relationship, letting go of feelings is even more cruel than violence. At this point, the child is like living on an isolated island, not respected and no one sees them. Emotional neglect, compared to violent treatment, does not hurt the body, but punishes the heart in the most powerful way.

Parents have high expectations that make children lose themselves

In the variety program of Beijing Television: "Teacher Please Answer" appeared a 6-year-old girl Kha Hinh that surprised many people. Although young, but under the arrangement of her mother, she has made a detailed daily schedule to every hour, even every minute. Resting, eating, reading stories are also arranged correctly every second. This is the reason why Kha Hinh's life is always under pressure. 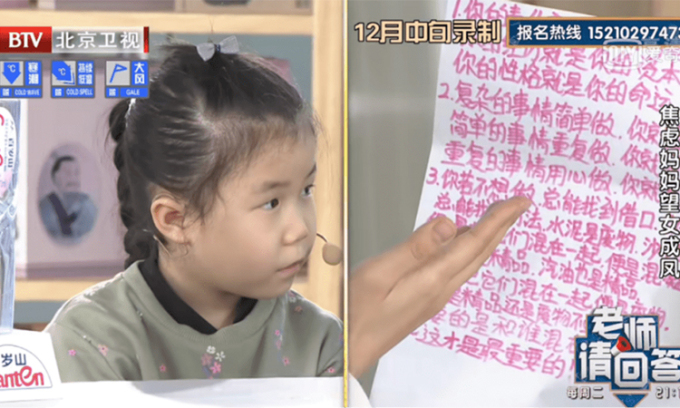 Every request her mother made, she seriously complied, did not argue, nor expressed an unpleasant attitude. In the show, however, she faded from all other social problems. She has no friends and has difficulty getting along with her classmates. She was used to pleasing others, even when it was uncomfortable for herself. What's even more painful is that even at a young age, Kha Hinh says that he doesn't feel happy.

"If parental expectations are too high, the child can only suppress himself to please adults. However, the child will lose a sense of his true feelings," said host "Teacher Please Answer. "share when exposed to Kha Hinh.

Chinese psychologist Ho Tran Chi said: "Depression often stems from loss. The more children behave properly, the more parents should not create unlimited expectations. The more sensitive children are, the less they are not." should be perfect in everything ". Mr. Ho said, because children will inhibit if they do not know to refuse. Too much expectation will eventually "kill" the child.

So to heal the child, the answer is just "Love". When children are sincerely accepted by their parents, their inner strength is very abundant. Do not transmit anxiety, do not force children to be perfect, let them be happy and free to be themselves. Do not belittle and ridicule children as a way of communication. Respect children and learn to say nice words.

Parents and children are a kind of deep destiny. Hopefully all parents are not the cause of the disease but the warmest medicine for children.