The Atlantic Ocean experienced the warmest decade in nearly 3,000 years

The rising sea surface temperature of the Atlantic could cause many strong storms to emerge and change land rainfall. 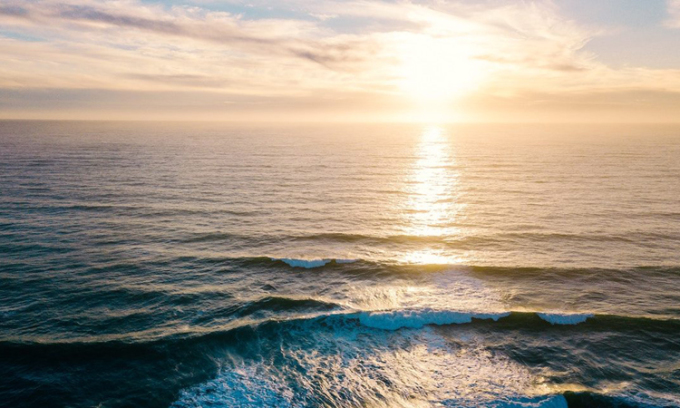 Atlantic temperatures have risen over the past few decades. Photo: Guillaume Bassem.

A team of experts from the University of Massachusetts Amherst and the University of Quebec track temperature fluctuations over about 2,900 years by studying sediment cores on Ellesmere Island (Canadian Arctic Islands), combined with ice data and thermometer. The new study was published in the Proceedings of the National Academy of Sciences on October 12.

The Atlantic Ocean undergoes a periodic rise and fall in sea surface temperature called the Atlantic Multi-Decimal Oscillation (AMO). Over a long period of time, the AMO proved to be quite stable. During warm periods, strong storms are more likely to occur, while cold periods may be the opposite. In addition to storms, AMO periods also affect temperature and precipitation in large surrounding lands.

The sedimentary cores on Ellesmere Island help the team study the Atlantic's temperature rise and fall. Temperatures have steadily risen from the 15th-century lows. However, the rate and degree of warming over the past few centuries has been unprecedented. The past decade was the Atlantic's hottest decade ever in 2,900 years.

The new study is not intended to determine the cause of the change in temperature. Natural factors can affect temperature, but climate change is likely to be a factor as well. Warming is a characteristic of climate change, especially in the oceans. Ocean heat waves are becoming more and more popular and intense. Research in the journal Nature Climate Change last month showed that rising temperatures are causing ocean stratification. The Arctic sea ice also dropped to its second lowest level in September.

Rising Atlantic temperatures cause scientists to worry about changes in rainfall, especially in areas where agriculture depends on rainwater. In addition, the warming sea also leads to the risk of more intense storms appearing.